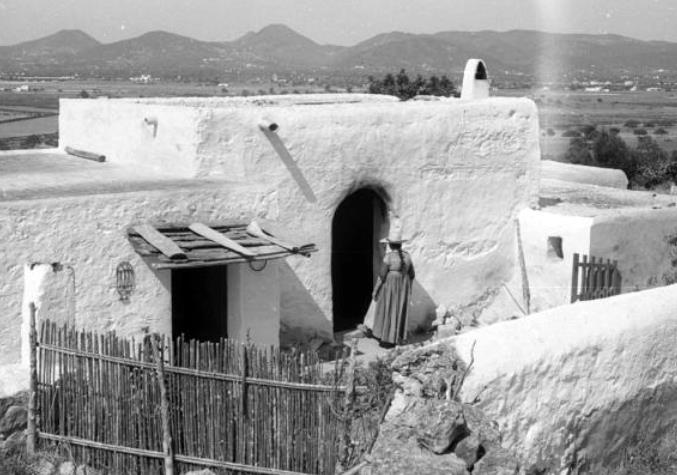 The iconic whitewashed buildings of the Balearics can be traced back to a very simple but ingenious invention from our ancestors. The process of using cal viva, made from limestone, was an incredibly simple and low cost method of creating paint to be used for exterior and interior walls. This now artisanal technique was one passed on from generation to generation, with it still standing as a process that is very specific in its preparation and procedure.

Limestone can be found in abundance on the island, in the mountains and around the coast, and is a rock consisting of many thousands of years worth of calcified animal shells and skeletons. In order to transform a very strong and durable rock into a material to be painted, it requires milling down into a powder. Large open furnaces were built into the grounds of the countryside which were used to heat the mined limestone to extreme temperatures. At this point the farmers could break it down into smaller pieces, and eventually into a powder, that was then mixed with water in large vats to create a smooth paint.

In a separate process cement would also be created by using less water to create a thick paste, rendering limestone a versatile material in the field of construction. This limestone paint once applied acted additionally as a natural mosquito repellent alongside its most well known benefit of reflecting heat with its white colour.

Although over the years this practice has been lost to larger scale commercial processes, you can still find much of this type of paint in the coastal towns of Ibiza and more rural neighborhoods as well as churches. Limestone paint is still very much functional however with more convenient methods at our disposal it is something chosen for its character and to mark a building with history. 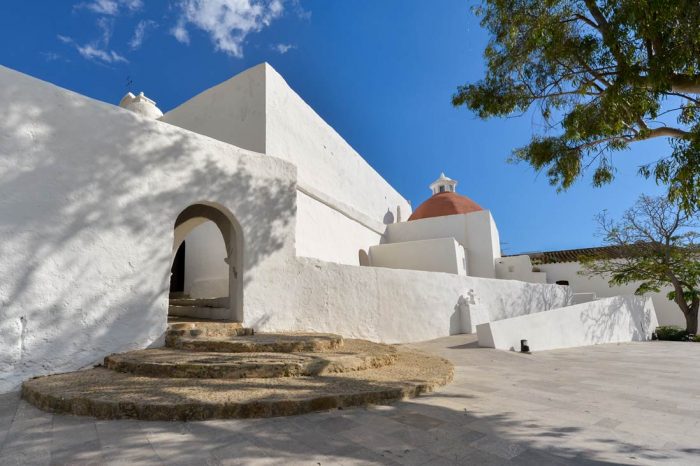